My sketchcrawl group met at Brennan's in Berkeley last night (Oct. 22). Brennan's is a sports bar. Cathy, another sketcher, suggested this venue especially since the SF Giants were playing in the World Series. There was a big crowd watching several of the TV's. At the beginning folks were shouting and their approval as they watched their Beloved Team. Soon the frenzy subsided. Damn those KC Royals! 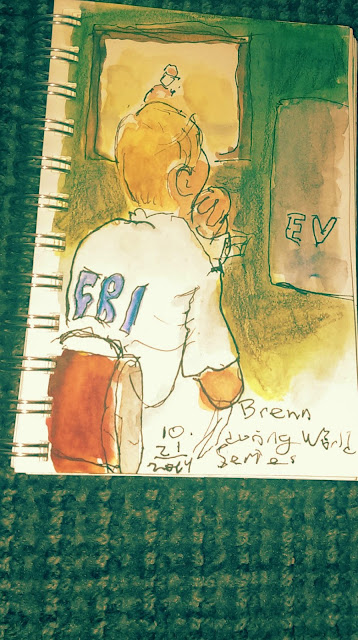 I was struck with some germy thing this week so I spent the last couple of days at home. Somehow I found a Bic pen with 4 color and a sketchbook. I had the worst headache and the only way I found relief was sketching. 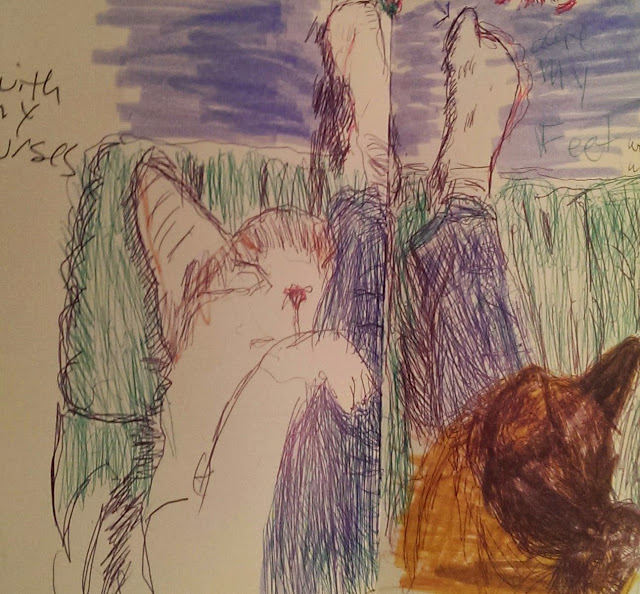 Posted by Oaktown Sketchet at 10:51 AM No comments: